The map is an attempt to represent all the language, tribal or nation groups of the Indigenous peoples of Australia. Aboriginal and Torres Strait Islander groups were included on the map based on the published resources available between 1988 and 1994 which determine the cultural, language and trade boundaries and relationships between groups. Regions were determined using the watershed basis as a template.
AIATSIS (2018) AIATSIS Map of Indigenous Australia. Retrieved from: https://aiatsis.gov.au/explore/articles/aiatsis-map-indigenous-australia
​ 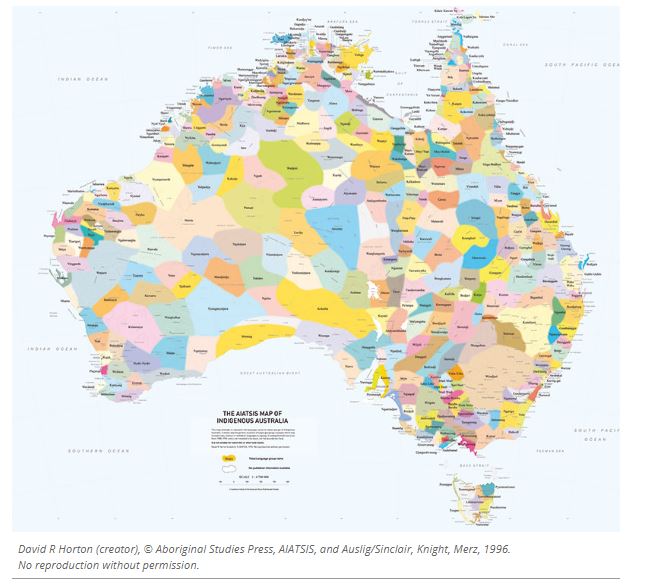